Identification of new CNV generating mechanism that may underpin exon-shuffling

We showed that an ancient cattle coat-color pattern known as “colour-sided” is due to two CNV-type mutant alleles that are now spread throughout the world.  We showed that the first allele results from the integration of a chr 6-derived circular DNA “bubble” encompassing the KIT gene into chr 29.  Ectopic expression of this extra KIT copy presumably causes aberrant melanoblast migration and the unusual colour pattern.  We showed that the second allele derives from the first one by co-excision and circularization of another DNA “bubble” encompassing both chr 6 (including KIT) and 29 pieces, followed by reintegration in the original chr 6 locus by homologous recombination, hence leading to two tandem KIT copies of which one with aberrant expression causing colour-sidedness.  It is obvious that this serial translocation via circular intermediates may represent an ancient exon-shuffling mechanism.  Evidence suggests that it may occur in other organisms (such as yeast) and in cancer. We have identified a list of human non-tandem CNV that may result from the same or similar mechansisms. 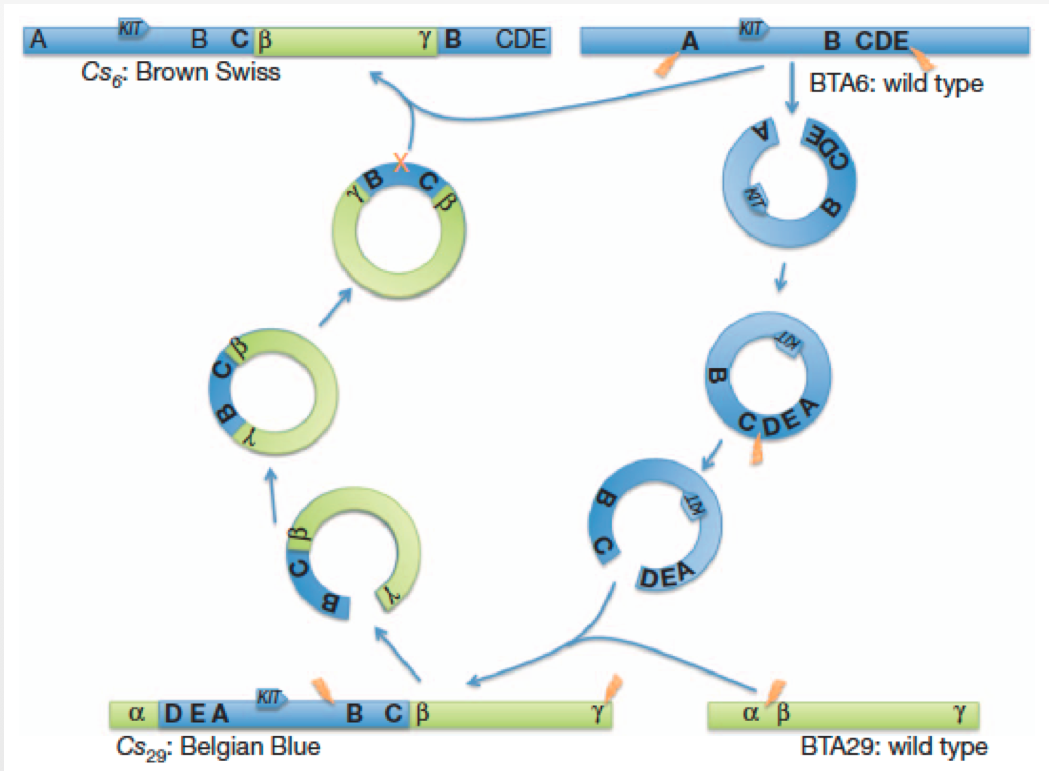